Hodgkin disease
A type of lymphoma, a cancer that develops in the lymph system, part of the body's immune system. Because there is lymph tissue in many parts of the body, Hodgkin disease can start in almost any part of the body. The cancer can spread to almost any organ or tissue in the body, including the liver, bone marrow, and spleen. The cancer cells in Hodgkin disease appear distinctive under a microscope (as Reed-Sternberg cells). Hodgkin disease most commonly affects young adults in their 20’s and 30’s, and people older than 55 years of age. It may also be found in patients with acquired immunodeficiency syndrome (AIDS); these patients require special treatment. Hodgkin disease can occur in children and is treated differently from that in adults. Symptoms include painless swelling of the lymph nodes in the neck, underarm, or groin; fever; night sweats; tiredness; weight loss without dieting; or itchy skin. If there are symptoms, a doctor will carefully check for swelling or lumps in the neck, arm pits, and groin. If the lymph nodes do not feel normal, a biopsy may be done. The chance of recovery (prognosis) and choice of treatment depend on a number of factors including the stage of the cancer and whether it is just in one area or has spread throughout the body. Treatment is with radiation and/or chemotherapy. Hodgkin disease is life-threatening, if untreated, but has a very high cure rate. Also called Hodgkin lymphoma.

a form of malignant lymphoma characterized by painless, progressive enlargement of the lymph nodes, spleen, and general lymphoid tissue; other symptoms may include anorexia, lassitude, weight loss, fever, pruritus, night sweats, and anemia. The characteristic histologic feature is presence of Reed-Sternberg cells. It affects twice as many males as females and is usually considered to be neoplastic in origin, although neither an infectious origin nor an immune response to Reed-Sternberg cells has been excluded. Four types have been distinguished according to histopathologic criteria, three with diffuse patterns (lymphocyte predominance type, mixed cellularity type, and lymphocyte depletion type) and one with a nodular pattern (nodular sclerosis type). Called also Reed-Hodgkin d. and Hodgkin lymphoma. See also non-Hodgkin lymphoma, under lymphoma. 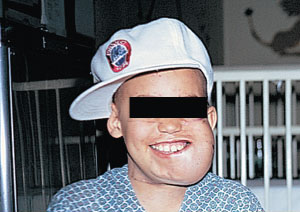