n.
a pincer-like instrument designed to grasp an object so that it can be held firm or pulled. Specially designed forceps - of which there are many varieties - are used by surgeons and dentists in operations. The forceps used in childbirth are so designed as to fit firmly round the baby's head without damaging it. Dental extraction forceps are specially designed to fit the various shapes of teeth. By having long handles and short beaks they provide considerable leverage.

for·ceps (forґseps) [L.] 1. an instrument with two blades and a handle for compressing or grasping tissues in surgical operations, and for handling sterile dressings and other surgical supplies. See accompanying table. 2. an organ or part shaped like the surgical instrument, particularly the terminal fibers of the corpus callosum. 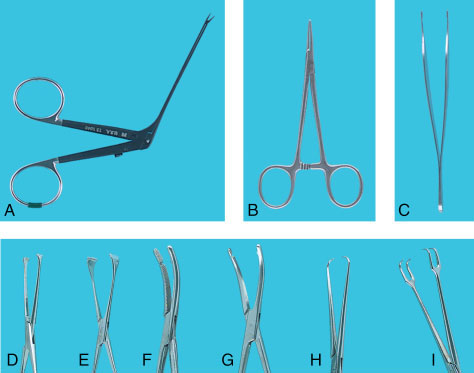