growth chart
a graphic representation of the normal progressive changes in selected measurements, such as weight, height, or head circumference, used as a tool for assessing growth in children; charts are composed of several percentile curves showing the distribution for the measurement of interest. 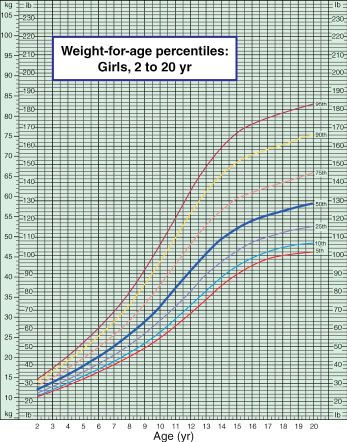