Negri bodies
oval or round inclusion bodies, seen in the cytoplasm and sometimes the processes of certain nerve cells in rabies; these are pathognomonic for the disease. 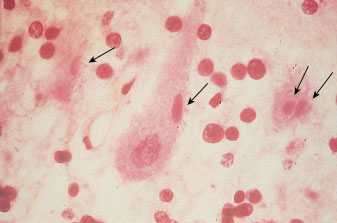